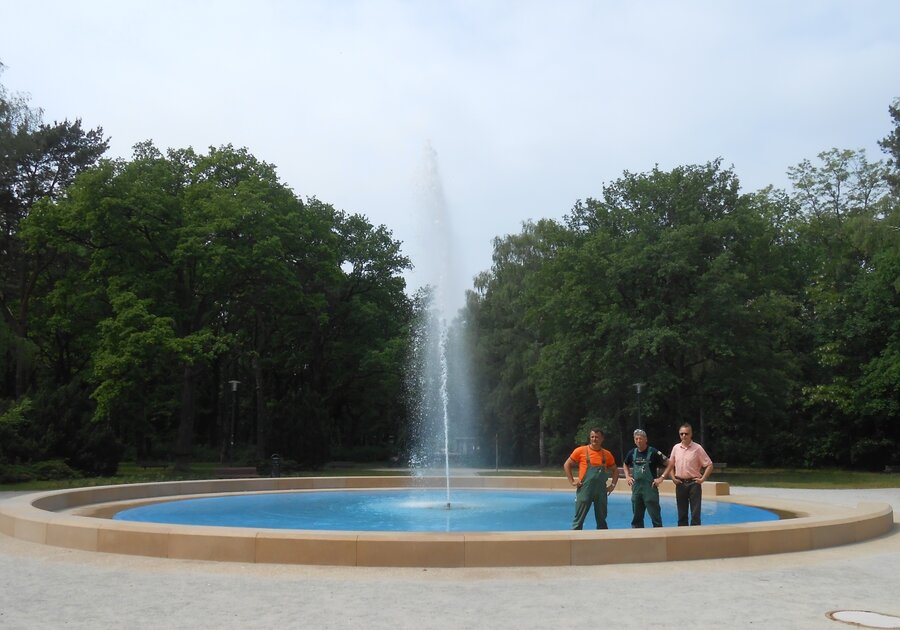 Fürstenwalde’s city park was created by then councilor Christian Friedrich Schulze in 1837. For this he used a large piece of land next to the river Spree. Some people did not like his project, because they did not think it was needed. They thought that there was enough greenery already. But despite their criticism many citizens began to visit the park.

The central area of the park was completed on the 50th birthday of King William I of Prussia, which was on the 22nd of March in 1867. This area is called “Wilhelmsplatz” and is therefore dedicated to the German Emperor. An oak tree was planted there in his honor as well. This started a trend, as more oak trees were planted for different reasons: To celebrate the end of the German-French war in 1871, for remembrance of the
Battle of Dybbøl in 1875 and in honor of Emperor William’s death in 1888.

Other monuments like memorial stones or plaques were installed in the 20th century. One in memory of the city council Martini and another one in memory of Imperial Chancellor Otto von Bismarck. Bismarck’s stone was completed in 1904 but changed after the year 1945, when his plaque was exchanged with one of Karl Marx, effectively changing the Bismarck monument into a Karl-Marx one. But it was stolen in the early 90’s. A new stone was made on the 120th anniversary of Karl Marx’ birthday.  This was made possible through donations.

One of the park’s eye catchers is its fountain. It set up made in 1939. In those years, the park was very popular amongst the citizens of Fürstenwalde although it became quite sparse after the year of 1945 due to people using it to collect firewood. Another nice family attraction is the nearby 8-hectare zoo that has 300 animals of over 60 species.