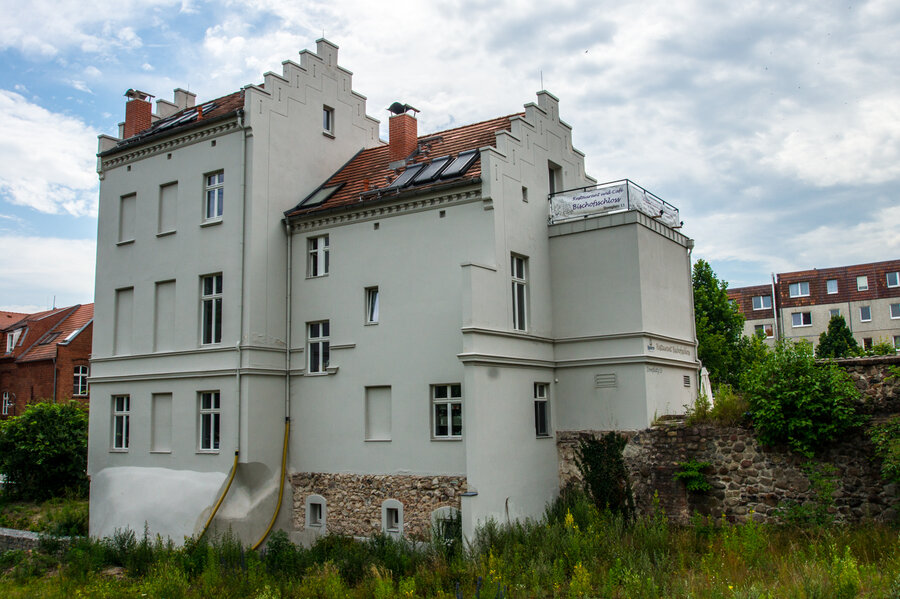 The area around St. Mary Cathedral belongs to one of the oldest and historically significant sights of the city. These include the cathedral, bishop’s castle and nearby streets. In 1385 the bishop’s seat was relocated from Lebus to Fürstenwalde, which meant that the former parish church was now elevated to a bishop’s church. In 1446 rebuilding of the cathedral began, because it was destroyed by Hussites and to demonstrate power and strength. Its bishops chose to live in the castle, which was built in the middle of the 14th century and which they kept extending. 150 years later, in 1598, the church lost its property, which was now in the hands of the state. Large parts of the complex of buildings deteriorated, others were used as a workshop, for storage or as administrative headquarters.
Starting from the time of the bishops, beer was brewed in the castle. In 1858 parts of the bishop’s castle were sold to master brewer Jacob, whose brewery was taken over by Patzenhofer until the late 20s of the 20th century. Today, the preserved buildings of the brewery are used by Fürstenwalde’s so called “culture factory”.
In the middle of the 19th century other breweries were built in this area. Only parts of the cellar’s structure remain. In 2000 the area around the cathedral was redesigned and a public garden was created. Apart from the cathedral, castle and culture factory there is also Fürstenwalde’s oldest preserved school building, called the cathedral school, which is now a part of the culture factory.