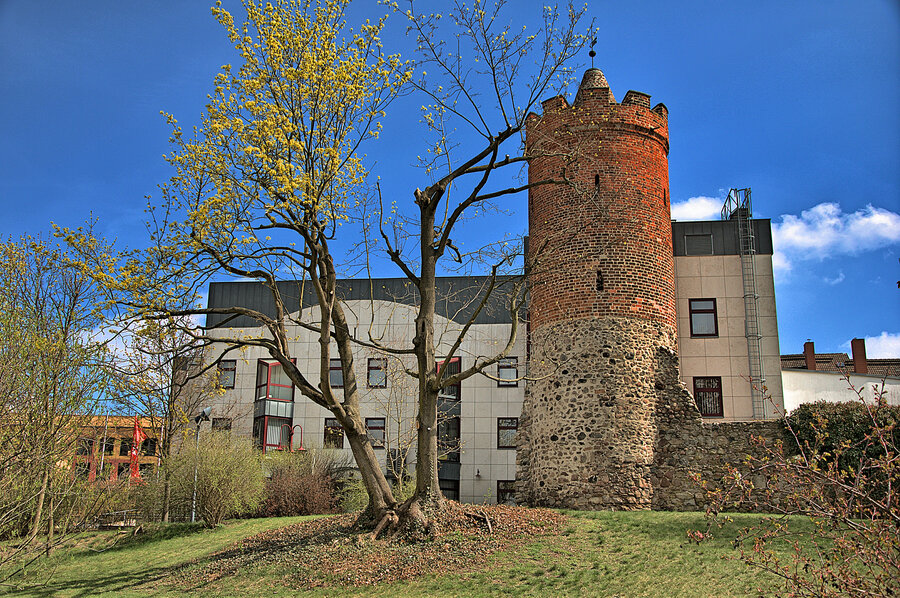 The city’s fortification was built in the 13th century.  The fragments of the town wall, which can still be seen today, date back to the 14th and 15th centuries and are under a preservation order.
The city wall was about 4 to 6 meters high and 1,20 meters thick. In front of the wall there used to be a moat, which was supplied with water from the river Spree. The moat was called potter’s moat, because of potters living and working nearby and outside of the city due to their use of fire.
After 1820 the wall fell into disrepair, because it did not have a proper foundation and poorer citizens of Fürstenwalde used it as building material. In the second part of the 19th century parts of the wall were torn down to create room for a growing city. Here at the potter’s moat you can see the layout of the city wall. On the right hand side wall fragments can be seen.